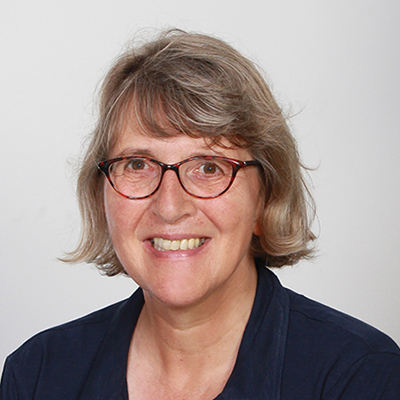 Since 2013 is Willeke actively working on research and implementation of age-friendly environments in Europe. In 2017 she took the initiative to co-found AFEdemy together with her Spanish business partner Javier Ganzarain.

Willeke started her career as nurse in mental healthcare. After she graduated as political scientist, she worked in Dutch parliament. As personal assistant of an MP of the First Chamber and as policy advisor health care policies of the social liberal democratic party D66. Then she continued her career as policy advisor at the Netherlands Board for Healthcare Institutions. This governmental board issued permits for the building of healthcare facilities like nursing homes, sheltered housing and residential care homes. Here she elaborated healthcare policies into executive building rules and measures on behalf of Dutch healthcare institutions. She also developed trainings and conferences to support healthcare institutions with the implementation of building rules and measures.

Then she worked as researcher at the Netherlands’ organisation for applied scientific research TNO. Here she worked on the topics smart cities, housing and care, policy platforms and urban strategy. In 2016 she left TNO and founded her own company, Age-friendly Nederland. She was assigned by Funka (Sweden) as promoter of the European Innovation Partnership on Active and Healthy Ageing (EIP on AHA). And worked in assignment of the municipality of The Hague to deliver support and international relations to the Age-friendly Cities Conference of The Hague (2-4 October 2017) and to the Joint Action of the cities of The Hague, Bangalore, Suzhou, Frankfurt, Manchester and New York. Also for the municipality of The Hague in 2017, she led a performance audit on the efficiency and effectivity of public services of the municipality and supported to define age-friendly policy for the next period of the executive municipal board.

For the EIP on AHA she is involved as promoter and coordinator for Action Group D4 Age-friendly Buildings, Cities and Environments. She is founding member of the Covenant on Demographic Change (2015). She was member of the Scientific Board of the Age Friendly Environments in Europe project of WHO for Europe (2016).

He has gained extensive international experience within various project management and IT areas while working in Germany, first in the European Space Agency as a telecommunications engineer, then in a multinational consulting company (Atos Origin) as Senior IT-Specialist and in a German research company as a senior software engineer and project leader.

He was over 13 years the lead of R&D Department within tioman & partners, SL, which he co-founded and was dedicated to promoting and facilitating innovation for better ageing.

His research areas of interest include Human Centred Innovation, Design and Creativity.

Currently he is working on research and implementation of Age-Friendly Environments in Europe within AFEdemy, a Dutch SME he co-founded in 2017 together with his Dutch partner Willeke van Staalduinen and is also Research Project Officer at AGE Platform Europe (Brussels, Belgium) where he performs and coordinates AGE activities in European research projects and proposals related to Silver Economy, Age-friendly Environments and New Technologies in support of Active and Healthy Ageing.

He is involved as Promoter and Coordinator of the Action Group C2 “Interoperable independent living solutions” of the European Innovation Partnership on Active and Healthy Ageing (EIP on AHA) and is Mentor for the Municipality of Coslada (Spain) within the framework of the Mentor-AFE program of the WHO.

He is fluent in German, English, French and Spanish.

In its constant process of proactively promoting and developing age-friendly environments and related initiatives, AFEdemy is seeking for a qualified individual for the role of Project Manager to foster and support AFEdemy's participation in research and innovation projects.